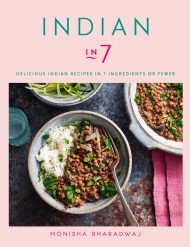 Winner for the UK in the Gourmand World Cookbook Awards 2020 in the Indian category. 'A collection of brilliantly accessible, super-speedy recipes' Stylist Using easy-to-source…

Immerse yourself in the rich flavours and spices of India to create truly tantalising vegetarian dishes. With notes on chillies, varieties of pulses and how…

How often do you read recipe books and become disheartened by a never-ending list of ingredients? This is often especially true of Indian cookbooks, and… 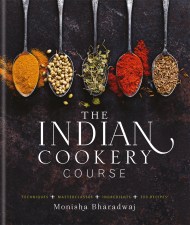 A feast for the eyes as well as the mind, this is a comprehensive encyclopaedia of the mouth-watering ingredients used in Indian cooking. Monisha Bharadwaj…